We must learn how to endure existential solitude.

Seeking other people for a quick fix is just the same as looking out for drugs, drinks, shopping, sweets, work, books, movies, series, sports, whatever takes your mind off your existential solitude… It is not even a quick fix, as it fixes nothing, it just postpones dealing with the matter, which will strike even harder next time.

Just cry it, as simple as that, cry it.

It is not a matter of playing the victim, it is actually respecting the bit of you that is suffering, in need, neglected.

Seeking others for a quick fix is even worse sometimes, people can’t take their own existential drama, you can be sure they won’t take yours. They will not listen. Instead, they will offer some piece of advice not to deal with their own stuff, leaving you even lonelier.

It is fair enough to believe they would honestly want to cheer you up, that is fine.

What about when you don’t need cheering? What about when you only need someone to listen, to embrace whatever you’re dealing with without falling into the ego trap of giving you a solution. Or fake it with chocolate, cigarettes, joints or a beer.

That is most likely the worst kind of loneliness.

When you are not seen, considered, appreciated for who you are, your moment of existence, your cry, sadness, impotence, confusion, fear, anger. And not even the biggest chocolate in the world would mend it. Chocolate not always replaces an embrace. Sometimes you just need someone to listen and hold you in their arms without a word, any sort of embarrassment, awkwardness, so that your split parts can be acknowledged and appreciated and, ideally, brought together. And there’s not that many people willing or able to do that for you.

So that’s why you should endure as much and for as long as you can.

Intimacy has a scale, and has nothing to do with sex. Sex is just a way to get there, most of the times, it doesn’t. It is not like

knowledge, once you know, you know. Intimacy is a different thing. You have to be in the mood for it. Learn to identify it when it comes, every Blue Moon. Let it linger, so that you can go deeper into it.

I am pretty sure bonding is for life.

You may be bonded to a lot of people, due to blood sharing, life sharing, ages of friendship. Bonding does not go away, but you don’t need presence for it. Once you bond, you bond. Intimacy, however, needs presence. Otherwise you’d have to start all over again. And it gets tiresome. I’ve never been good at coming and going. It’s either a continuous and growing path, or it kills the mood. And gives room for the little demons to start whispering all the beliefs in your ear, the ones leading to isolation, for protection. To safe guard your heart and soul. Timing can be a motherfucker. Your ego does the rest. It is a blessing when your timing coincides with the other’s. It takes one in a million.

When you wake up from intimacy, from that special place in your psych that allows you to be vulnerable, the little demons make you withdraw, in shame and fear. A little bit of that is OK, it is Apollo taking over what Dionysius had conquered. And we do have to learn how to live in Apollo mind, never  forgetting Dionysius’ spirit. But it can’t take long, or regret takes over, you become defensive, and grow more and more apart. I am tired of that. So I withdrew. 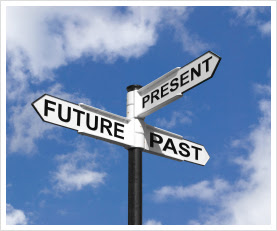